I am that guy who starts all of his pitchers all the time. Call me old fashioned (read: thin justification for doing something stupid), but if I’m rostering someone I am starting them, unless it’s Sunday and I’m in a heated ERA/WHIP battle. Even then, I’m still probably gonna start you if you’re on my roster. I guess I’m of the belief that anything can happen at any time: Kershaw can post 5 disappointing innings against Miami of all teams, or Dallas Braden can pitch a perfect game after yelling at A-Rod (…who was he again?).

This strategy hasn’t worked out so well for me this season in regards to Cincinnati fireballer Luis Castillo, but last night my patience/perseverance/stubbornness/stupidity/luck/”strategy” paid a modest dividend, as Castillo hurled a Quality Start with 7 K’s over 6 innings against the Milwaukee Brewers.

Today I’m going to give some hot takes on Castillo’s performance to help owners understand what to expect from him moving forward. EDIT: it may be more of a long analysis than hot takes, this turned out to be more interesting than I imagined. As always, I end with a craft beer review to wash down the baseball news.

I watched this game with intense curiosity, as I had hoped going into the season that Castillo would be one of my keepers and a piece around which to build a staff. While he has yet to pitch to his potential, last night was encouraging for many reasons.

Before we dive into what went well, lets look at what Castillo has been struggling with this season compared to last year’s promising debut. Data used is collected from the heroes at StatCast and FanGraphs:

That’s a relatively short list, but a daunting one that demonstrates major issues that are (in my opinion) intertwined.

To me the most concerning issue is the loss of velocity on his pitches, specifically the Sinker. You can teach mechanics, tinker with technique, learn new pitches, or adjust delivery, but it’s hard to improve velocity (but certainly not unheard of, pitchers do it all the time). Last season Castillo averaged 97.5 MPH on his 4-seam fastball. This season that same fastball has averaged “just” 95.2 MPH. Still not something you want to see flying at your face, but a pretty significant drop in velocity, almost 2.5 MPH. His Sinker, which he used to great effectiveness last season to induce Ground Balls, dropped from an average 2017 velocity of 96.9 MPH to 95.2 MPH, or a drop of 1.7 MPH. His Changeup and Slider also took dips in velo. Loss in velocity can often be caused by injury or fatigue, and you never like to see it, especially in a young pitcher in the beginning of the year when you’d hope his arm is freshest.

The velocity is the only thing I could find that made any sense as to why he’s getting pounded because every other factor is the same: per Statcast, his Sinker in 2017 rotated at 2152 RPM and his 2018 Sinker is clocking in at 2143 RPM. Literally no difference in spin rate. His Whiff rate on the Sinker is actually better this year than last (16% vs 15%), yet batters are pounding it when they do make contact to the tune of 92 MPH exit velo this year compared to just 87.3 MPH against the same pitch last year. His Vertical and Horizontal movement on the Sinker is also eerily similar, and his percentage of pitches in the strike zone is actual a tick better than last year, too.

So he’s putting the Sinker in the strike zone just as much as last year, it has the same movement and it has the exact same spin rate/RPMs as last year. Yet it’s getting hit almost 5 MPH faster by opposing batters, and the launch angle on his Sinker went from -1° (Ground Ball) to 7° (Line Drive). That explains why his previously excellent GB rate (58.8%) dropped a full 7 points to 51.3% this year, and as a result he’s giving up almost twice as many Line Drives (12.2% in 2017 vs. 21.1% in 2018), and thus many more hits. It’s not a control thing either, as his Meatball % (my favorite Statcast statistic), which measures easy-to-hit “meatballs” left over the plate, actually dropped from last year to this year. Seriously, this is just velocity.

While the pitch data from last nights game isn’t yet available, I can report just from watching the radar gun that Castillo’s 4-seamer consistently popped into the catcher’s mitt at 98+ MPH, and his Sinker was between 96-97, which is exactly what I was hoping to see. His arm was stronger, and it made a difference. Hopefully this means that whatever caused the velocity loss has been corrected or healed. My hypothesis is that his arm takes some time to warm up: when he came to the majors last year he had already pitched 80 innings in AA Pensacola, and he was hot. This year, despite starting 4 games in Spring Training, Castillo only logged 13.1 innings before starting the regular season, and I think he just wasn’t fully up to where he should be. Now he looks like he’s getting there.

Castillo’s sinker is where it all starts. In his 2017 breakout, he relied mostly on his high-90’s FB to do the legwork, and he evenly mixed in his Sinker and Change about a quarter of the time, with his Slider as a tertiary pitch to keep hitters honest. Let’s take a look at how his approach has changed:

You can see that this year he’s heavily favoring the Sinker to the detriment of his Fastball, and his Sinker apparently just does not work unless it’s 96 MPH. Remember, it has the same rotation as last year’s Sinker and it’s finding the strikezone just as often. Location is good, spin is good, again the culprit appears to be velocity.

In short, Castillo’s Sinker went from an excellent Ground Ball pitch that hitters struggled to square up on to a pitch that gets crushed. And the only measurable difference is velocity. And that’s also the pitch he’s throwing most often, which he probably shouldn’t be doing. I think it comes down to the velocity loss mentioned above and, tied closely to that, the fact that Castillo no longer trusts his Fastball.

The Changeup has always been his strikeout pitch, as demonstrated by his 2017 stats in which 41% (40 of his 98 total K’s) of his punchouts were via the Changeup. And that Changeup has to be set up by the four-seam Fastball….which he isn’t currently throwing. Probably because, until last night, the velocity just wasn’t there. So he’s been relying more on the Change and Sinker when the Fastball should really be doing most of the work and setting up those pitches.

Lastly, in regards to the well-publicized “arm angle” bullpen session that the Reds set up for Castillo, I was not able to notice any difference. I’m just a guy who loves baseball, and I’m not claiming to be a pro scout, but take a look at these stills comparing his last start before making the “adjustment” (4/27 @Twins) vs. last night’s home start against Milwaukee. 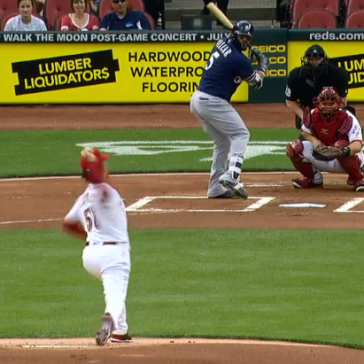 Looks about the same to me. You could argue that the “new” delivery has him bending his back a bit further forward at more of an angle, but his arm movement is nearly identical, as is his leg positioning and kick. Again, maybe I missed something, but once more I assert that the only real change in Castillo is the velocity, which I think just needed some time to build up arm strength.

So what the hell does all this mean?

So much for a short article and hot takes. This really intrigued me when I started digging deeper, and I am actually encouraged. Here are the main points in as coherent an order as I can put them:

Last night Castillo showed he has his velocity back. If he starts throwing his four-seamer more often to set up his excellent Changeup and to keep hitters honest on the Sinker, he should return very quickly to form. I believe this is a combination of velocity loss due to not having full arm strength built up, and then the confidence drop and poor pitch selection that resulted from the velo drop.

If you have him, hold him. I think better times are coming soon. Just throw the damn fastball, Luis!! 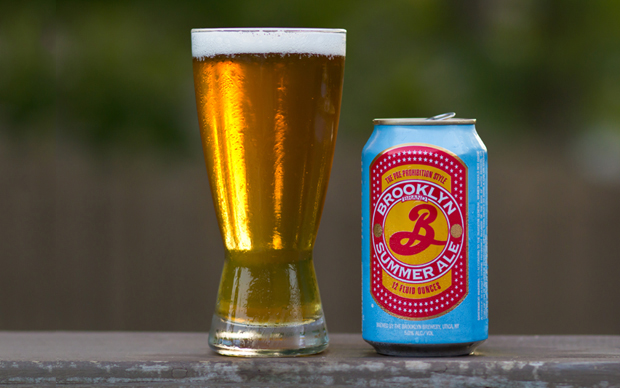 Like an English Pale Ale should be, this was a bit more amber colored than its American counterparts, and the earthy, malty flavors came through nicely. Good bitterness in the body without being in your face, keeping it balanced and drinkable despite a bigger body than a typical pale ale. The hop profile was solid but unexceptional, with little presence of the fruity or floral notes you expect from the style.

It’s nice to see an English Pale Ale on the market, but I wish it had a bit more of the fruity and hoppy flavors to balance out the malt and earthy flavors.